Promotions in title only aren’t a new phenomenon. Some leaders may think that by offering you a better title, they’re honoring your contributions and showing that they value you. Some might offer promotions in title only as a way to retain talent when attrition starts to spike. Or, with the pressure to show progress on their diversity, equity, and inclusion (DEI) commitments, some companies will be looking for shortcuts — without doing the meaningful work.

Since the “diversity tipping point” of 2020, companies have pledged more than $35 billion toward advancing racial equity. With renewed attention on the lack of representation of Black talent across many industries, companies are under pressure to have their employee bases reflect the changing demographics of the U.S. Adidas, Facebook, Salesforce, Target, and The New York Times are examples of organisations across industries that have published pledges on their commitment to increasing representation of Black talent and people of colour more broadly.

Additionally, with the pandemic having had a devastating impact on women, companies are under pressure to hire and advance more of them. According to the National Women’s Law Center, women’s workforce participation has already dropped to 57%, the lowest level since 1988. Movements including The Marshall Plan for Moms, founded by activist Reshma Saujani, are upping the pressure on the public and private sector to help women get back into and stay in the workforce.

Determine if it’s a fake promotion

Start by assessing what you’re being offered. What level are you currently at, and what is the proposed title they’re offering? For example, if you’re a manager being told that you should start calling yourself a director, what’s the difference in responsibilities? Will you be compensated as a director now? Remember that base salary is only one part of a compensation package. For example, at some companies, the director level comes with stock grants, access to a company-appointed financial advisor, and life and disability insurance.

Watch out for these other telltale signs that you’re being offered a fake promotion: Your manager makes no organisational or team announcement to share the news of your promotion. Or you’re pressured to change your title in your email signature and on LinkedIn to indicate to clients and vendors that you’re now a senior team member, but you see no change to your title or level in internal human resources systems, such as Oracle PeopleSoft or Workday.

Finally, figure out who else has been recently promoted to the title you’re being offered and talk to them. If they aren’t comfortable sharing what they’re making, ask them what the elements of the compensation package are at that level. Comparing the promotion you’re being offered to how others with the same title are being valued will be key in determining what you do next.

If your boss makes it clear that you aren’t going to see any increase in salary, fight for the title increase. Why does it matter? I mean, other than your mom being proud of you. It matters because recruiters use titles as a proxy for responsibility level. They don’t go down each line on a resume and make note of the individual responsibilities on the first pass through. (They do, once they’ve narrowed down the pile.)

But, on that first pass through, you’re more likely to be hired into a job as a manager if you already have a manager title on your resume. If you’re acting as a team lead, it’s best to have that on your resume–even if there’s no salary to go along with it.

You Would Have No Real Authority, But Would Be Accountable

So you got that promotion and now have some employees reporting to you. But you may find it frustrating to learn that while you’re accountable for your department’s performance, there are outside factors that impact your ability to control outcomes. Before accepting a promotion, try to gauge how much input you will actually have on key decisions.

Your Work-Life Balance Would Suffer

Is this new job going to require longer hours at the office? Will you be on the road constantly? Will you constantly be on call? You may be at a point in your life when you need to be home more often to care for kids or an elderly parent. Or maybe you just want more time to pursue various interests. CNBC last year reported on some dads who said no to promotions because they wanted to spend more time with their families. You should not be so reliant on that extra paycheck that you’re willing to sacrifice the quality of your non-work life.

Decide whether to accept the new title

If you’ve determined that this is a fake promotion and you can’t find allies in your organisation to help, your decision is now whether or not to accept the offer. You should weigh the pros and cons of accepting the new title being proposed. While a bigger and better title may seem like a good idea, it may also leave you with self-doubt and make you question why you aren’t being treated fairly and equitably compared to your peers.

With the pressure to ensure the inclusion and advancement of people of colour and women, organisations must ensure internal practices are actually fair and equitable. Fake promotions can be another diversity-washing tactic that might ultimately give you a reason to go for the exit. If your company is willing to give you the title, they should also be willing to pay you, value you, and recognise you. Dominant Vs. Prestigious: What Kind of Leader Are You? 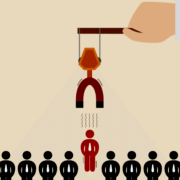 Recruiting Top Talent - A Hidden Gem during the Pandemic? 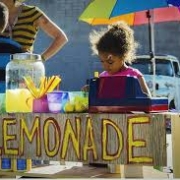 Should Entrepreneurship Be Taught in Schools? 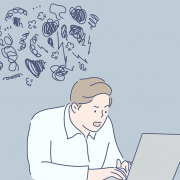 Overwhelmed at Work? Here's What You Can Do 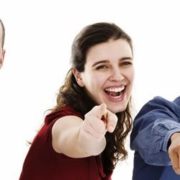 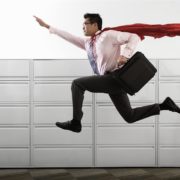 How to keep your Employees energised

Trouble in Hiring? Workplace Culture May Be The Answer