It is crystal clear by now that women are being paid less than men, whether we are talking about low-skill or high-skill jobs. The Bureau of Labor Statistics from the United States has released the median weekly earnings of both women and men physicians and the differences are quite staggering:  $1,497 in comparison to $2,087. Moreover, in 2012, Forbes has analysed the average weekly wages data from the Bureau of Labor Statistics and discovered that women earned less close to approximately 83% to every dollar men had made.

In the corporate world, climbing the ladder would normally guarantee a person a higher salary, but unfortunately, not an equitable one. In recent years, the media has focused their attention on what women can do on a personal level in order to close the pay gap. In terms of what women can do, it is pretty straight forward. First and foremost it is imperative they know their worth and after that they have to be really well prepared in terms of research and negotiation.

There is so much a woman can do, but organisations have to play their part here in order to tackle the systemic pay gap. Here is a list of just a few of the things that can be done for this issue to become obsolete:

Companies need to determine the level of knowledge, value and responsibility required for each job to eliminate the pay gap between female-dominated and male-dominated jobs which are different but comparable in terms of complexity or physical threats. Managers should work alongside their HR personnel so that job offers are being evaluated based on the value the position brings to the company and not on what a candidate has earned previously. Because of this, it reduces the potential for women, especially those of colour, to be paid equally due to their past salary inequities.

During the recruiting process, it is difficult to spot and overcome biases due to the fact that many of them are subconscious and begin when a recruiter sees a candidate’s name. Due to these problems, unconventional methods should be expected to eliminate biases from recruiting. A very interesting approach that has been found practical was to briefly conceal identifying information such as names from applications until the applicants reached a certain point in the hiring process. Given the fact recruiters where forced to only look at qualifications, it had become nearly impossible to discriminate.

Organisations should monitor promotions and raises to establish a bias-free procedure. Everyone in the company with similar qualifications should have access to:

If everyone knows what their colleagues are earning this would make women aware if they are making less than their male counterparts.  For example, after the Sony hack, it was revealed there was gender pay gap amongst the main actors. Consequently, Charlize Theron took action and corrected a $10 million discrepancy between her and her male co-star, Chris Hemsworth, in The Huntsman. This was a natural response. Everyone wants to be treated fairly and it would make the gender gap problem self-correcting.

There is no denying the fact that this would represent a bit of a headache for managers, especially in the early stages of implementation. Defending the pay of their employees should not necessarily mean disaster for a company, but it may actually work as a great incentive for employees to increase productivity. Organizations worldwide would have to establish a meritocracy. The most productive get paid accordingly. For example the U.S. Office of Personnel Management publishes the salary and wage range for each federal worker— and federal workers’ gender pay gap is only 11%, which is tremendously better than the national average (69%). Other companies publish the criteria and formula used to determine pay and bonuses. Whole Foods post the individual salaries of their employees on their intranet. Although it may seem like publishing individual salaries may be taking transparency  a step too far — knowing another employee’s salary without knowing the criteria and formula used to determine their pay can make salaries appear arbitrary. Having published the criteria and formula eliminates misconceptions and also provides a clear goal for employees to aspire to.

Eliminating negotiation is another technique through which the gender pay gap may be reduced. There are numerous studies which have revealed that women do not perform as well as men in negotiations. More often than not women avoid negotiation altogether and accept the first offer they have been presented with by an employer. One study that focused its attention on graduating masters’ students has discovered that despite being urged by their respective university to negotiate; only 7% of women graduates tried negotiating for a higher salary, while 57% of men graduates asked for more money. To put in it simpler terms, this is 8 times as many men asking for more money. Unfortunately, many women have reported fear as their primary concern thinking they may appear aggressive in pursuing a bigger salary.

In an interesting experiment, researchers Linda Babcock and Sara Laschever have explained in layman’s terms how even one negotiation can be detrimental from a woman’s perspective. Two equally qualified man and woman are offered $25,000 at the tender age of 22. The man manages to use his skills in negotiation and raise it to $30,000, whilst the woman accepts the initial $25,000 offer. Up until they are both 60 years old, they receive 3% raises every year and by that time their salaries would be separated by $15,000.

The road to equal pay is long and tedious, with organisations being urged to correct their processes from top to bottom. Women make up almost 60% of university graduates, so it would be wise for organisations to level the ‘paying’ field and offer themselves a strong competitive advantage when recruiting top talent.

Finding the right talent, the best fit for the job and your organisation, can be a very challenging task. It requires deep knowledge of your own organisation’s culture and keen understanding of the candidate’s personality, strengths, interests, work style and other characteristics. Our technology and solutions will do the work for you, helping you find employees who can flourish and reach the highest performance required to constantly bring your company forward. 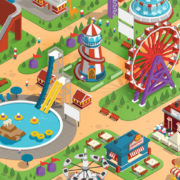 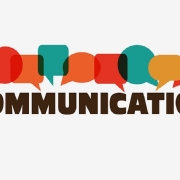 How to Deliver Bad News to Your Team 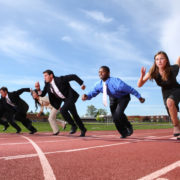 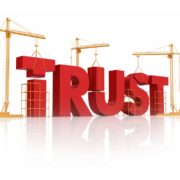 Building Trust and Credibility with your Customers 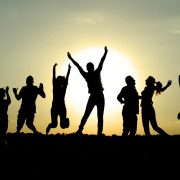 Why Team Building Is An Essential Investment 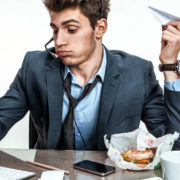 Bad Employees and their Toxic Effects

Recruitment based on Organisational Culture
Scroll to top