For the U.S. Navy Blue Angels, every practice session ends up with something a little bit surprising and that the analysis of their mistakes. The pilots do not congratulate each other on their training achievements, but rather say what they did wrong in front of the whole group and how they plan to fix that issue. Even though they are expert aviators, the Blue Angels do not allow their pride to come in the way of further improvement. Their approach is meant to strengthen ownership, to encourage the desire of being better and also coming up with a plan for it as well.

Failure is often seen as inevitable, but the way in which it should be viewed is invaluable. Failure is common in all industries, economic situations and market trends; it is one of life’s best philosophies. If your employees do not fear failure, they have a very good chance of succeeding. Fear is a very powerful component of the human mind, it makes people disengage, panic and pull out of possibly prolific business opportunities. The past cannot be fixed, but learning from past experiences can enable employees into harnessing a strong sense of innovation. Here are just a few tips through which companies can enable their workers to be more innovative.

This has to start right from the very top. CEOs and CFOs have to start creating an internal ecosystem in which innovation can flourish. In order to begin garnering innovation, there has to be a clear vision of what the company wishes to achieve and how innovation is at the very heart of it. Leadership teams within the organisation have to figure out the right way in which employees can be motivated and inspired in order for them to deliver on any innovative ideas the company may want to implement.

Of course, selection and recruitment play a very important role in this matter. The HR department has to recruit the right candidates, people who are well-trained on how to come up with ideas and to properly establish what kind of tools and resources they require in order to create, test and receive feedback from customers. All of these processes together help create an innovative culture. An organisation that tries out a lot of ideas will definitely encounter failure but chances are, success is closer than ever. Due to the fact that companies have numerous initiatives, they improve their chances that one of them will be a major score.

Usually, the basic culture of a team promotes safe-playing. In layman’s terms, be on time, try not to upset the hierarchy, follow the group norms and have a steady paycheck. This type of model is clearly an innovation killer and can put an organisation light years behind the competition. For example, entrepreneurs have never been people who play it safe. Also, they praise employees within their organisation that actually do something and are outside-the-box thinkers. Managers have to make sure their teams do not rest on their laurels because there is no such as thing as a one-size-fits-all game plan. It is essential that entrepreneurs and managers empower their workers to come forward with their ideas, to present their action plan and put it into practice afterwards.

Of course mistakes and odd product releases may happen but that is simply part of the business world as we know it. In the 1950s, the Jacuzzi brothers invented a whirlpool bathtub in order to treat people with arthritis. Even though the product worked in the way it was intended, from a sales point of view it was a total bust. Unfortunately for them, their target market was small, due to the simple fact that not a lot of people could afford expensive bathtubs. The idea was killed immediately after but was relaunched in a completely different market – luxury item for the rich. Obviously, it was an instant hit.

In 1959, Honda Motor Company entered the US market with their range of low-powered motorcycles. Things were going from bad to worse for Honda, as it learned in a very cruel way that what was tremendously popular in Tokyo suburb areas was a complete flop on American soil. After a while, they came back in the US with high-powered bikes that became an instant success. The founder of Honda, Soichiro Honda had this to say: “Many people dream of success. Success can only be achieved through repeated failure and introspection. Success represents the one percent of your work that results from the 99 percent that is called failure.”

Great deals of successes have been failures in the beginning. What today may seem like a logical invention that was meant exactly for that purpose, this is not always the case. People have to ready to fail; success cannot be achieved without gaining all the necessary variables from a problem. At Penn State University, there is a course for engineering students which is called Failure 101. The sole purpose of this class is for students to take risks and do as many experiments as possible. The more fails they have it gets them that much closer to an A grade.

Another great example is Christopher Columbus. He set out to discover a new and easier route to India. He landed in America and the rest is history. Pfizer scientists were testing a drug called Viagra which was meant to reduce high blood pressure. After further investigations it lead to the discovery of the effects it had on men, thus making Viagra one of the most successful failures in recent history. Another great example is regarding champagne. It was invented by a monk called Dom Perignon and it happened when a bottle of wine had fermented twice. 3M invented glue that wasn’t sticky enough. However, it was the basis for the invention of our daily used Post-it notes.

A leader who thrives on innovation will always encourage a culture of experimentation. People must learn that every failure they encounter is another step closer towards the road to success. Allow your employees to have the necessary freedom to innovate, to experiment and to be successful. All in all, it means allowing them the freedom to fail as well.

Finding the right talent, the best fit for the job and your organisation can be a very challenging task. It requires deep knowledge of your own organisation’s culture and a keen understanding of the candidate’s personality, strengths, interests, work style and other characteristics. Our technology and solutions will do the work for you, helping you find employees who can flourish and reach the highest performance required to constantly bring your company forward. 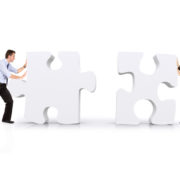 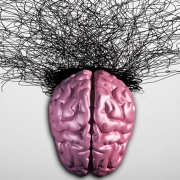 Overthinking and How It Can Affect Physical & Mental Health 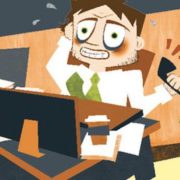 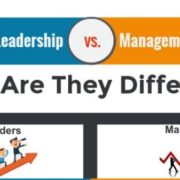 [Infographic] Understanding the differences between leaders and managers 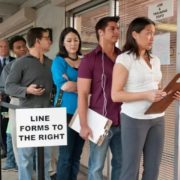 Unemployment: Blessing or Burden for HR? 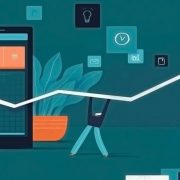 Forging the Perfect Productivity Workflow for You

Presentation Mistakes: Why it Happens and How to Solve It
Scroll to top