It is fair to say that society has reached a point in which excessive praise is being offered to the rich and powerful. The upper tiers of our present society have been showered with awards, honours and superstar status. Billionaires and philanthropists alike are massively applauded for their work and charities which turn out to have very little impact on the world. The effects of this practice of praising excessively are worth taking into account and raise some concerns. By praising people, even though they deserve it can have a negative impact on how they behave.

Numerous psychological studies have been done on this subject and they have demonstrated that people are highly responsive to moral compensation. In layman terms, this means that when people feel they have acted well, they also feel that it gives them permission to engage in negative behaviours in the future. The reverse works the same way. If more and more studies come out and prove the accuracy of the aforementioned studies then humanity can practically see the social consequences of praise and/or blame. Too much praise could lead people to act badly, whilst blaming them when they make mistakes could lead to positive behaviour. So how many influential, wealthy and powerful people does the world need to harm society irreversibly?

Every organisation knows that culture without revenue is not feasible or sustainable. If a company wouldn’t be growing financially, there would be a complete shift in culture. It is important to have fun, but it’s never in first place. In order to get the best out of employees it is recommended to explain your expectations from them since day one. If employees understand the culture and how success is determined, they will be off to a flying start.

However, giving feedback remains one of the most difficult things a manager has to do. In a survey which amounted 7,631 people, 44% of them agreed that giving their employees negative reviews is difficult and stressful. Some quotes from the managers interviewed have surfaced the negative impact it has on them: “I just wanted to get it over quickly”, “They don’t pay me enough to do this”, “I did not sleep the night before” and “My hands were sweating and I was nervous”. Given the anxiety managers are facing when they have to offer negative feedback, 21% admitted that they avoid giving the negative feedback altogether.

In a comparative study 328 managers’ self-assessments were correlated with results from 360-degree feedback surveys. Each leader was rated by an average of 13 respondents on a variety of behaviours, including “Gives honest feedback in a helpful way.” The ones who rated that thought a person was effective in giving feedback were most influenced by the leader’s comfort and willingness to give positive reinforcement. Whether the manager gave negative feedback did not make a big difference — unless the leader avoided giving positive feedback. This was also true when we looked only at the ratings of direct reports.

When the study looked into the managers’ self-assessments, however, there was a totally changed point of view. There was a strong correlation between people who believe they give “honest, straightforward” feedback and those who give negative feedback, regardless of whether they also give positive feedback.

Leaders obviously carry some incorrect beliefs about the value and benefits of different forms of feedback. They vastly underestimate the power and necessity of positive reinforcement. However, in reverse, they greatly overestimate the value and benefit of negative or corrective feedback. In all, they misjudge the impact negative feedback has on how they are perceived by their colleagues, bosses, and direct reports. Giving only negative feedback diminishes a leader’s effectiveness in the eyes of others and does not have the effect they believe it has.

Perhaps in an effort to provide employees with what they believe is direct, honest feedback, managers who prefer giving negative feedback may come across as only looking for what’s wrong. Some employees have described this as, “Quick to criticise and slow to praise.” While the findings do not directly reveal why managers are so hesitant to give positive feedback, the study that involved the leaders suggests that there could be a variety of reasons. Perhaps it starts with the perception that the really good managers are the tough graders who are not afraid to tell people what’s wrong. Possibly they believe that giving people positive feedback will encourage a subordinate to let up or coast. Maybe they are emulating their prior bosses who gave little praise, but who pointed out any mistake or weakness. Some may believe it a sign of weakness to praise subordinates. Maybe they just don’t know how to effectively deliver appreciation or praise. Or maybe they intend to give kudos, but feel so busy that the days slip by and they never quite remember to send out that note of praise for a job well done.

In conclusion, the findings suggest that if you want to be seen as a good feedback-giver, you should proactively develop the skill of giving praise as well as criticism. Giving positive feedback shows your direct reports that you are in their corner, and that you want them to win and to succeed. Once people know you are their advocate, it should also make giving criticism less stressful and more effective. 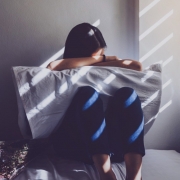 Mental Health and its Importance during the COVID-19 Pandemic 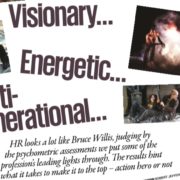 The surprising psychometric profile of an HR leader 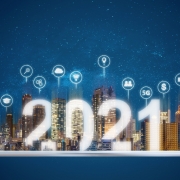 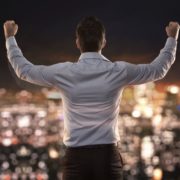 Being a Great Leader: the fine line between Confidence and Skepticism 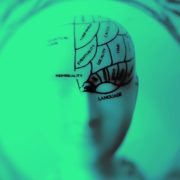 Compartmentalisation and its Benefits 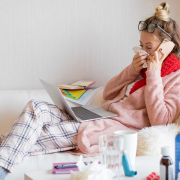 Leaveism or Why Do People Work while on Holidays?

Cultural Conflict in the Workplace

Internationally acclaimed experts in HR at the Great People Inside Conference:...
Scroll to top